Last night my dearest critique partner (aka husband) was wandering about the web while waiting for me to hand him the laptop.  He came upon this post and after I changed my clothes and used the urine remover on the couch, we had a somber moment reflecting on the differences between the genders and families and such things as hormonal and mental unbalances.  (In case you’re wondering, this was a normal night around here.)  Which leads me to my Friday Missive.

Why are we the way we are?  Is it gender?  Birth order? The dropping-on-head events along the way?  Was it the god-awful clothing options of the 1970s?  Hell if I know, but I can’t help but reflect here a bit.  I have a feeling it’s going to be along the lines of the dull side of the aluminum foil, but I feel the need to reflect.  Please bear with me (with or without  your beverage of choice). 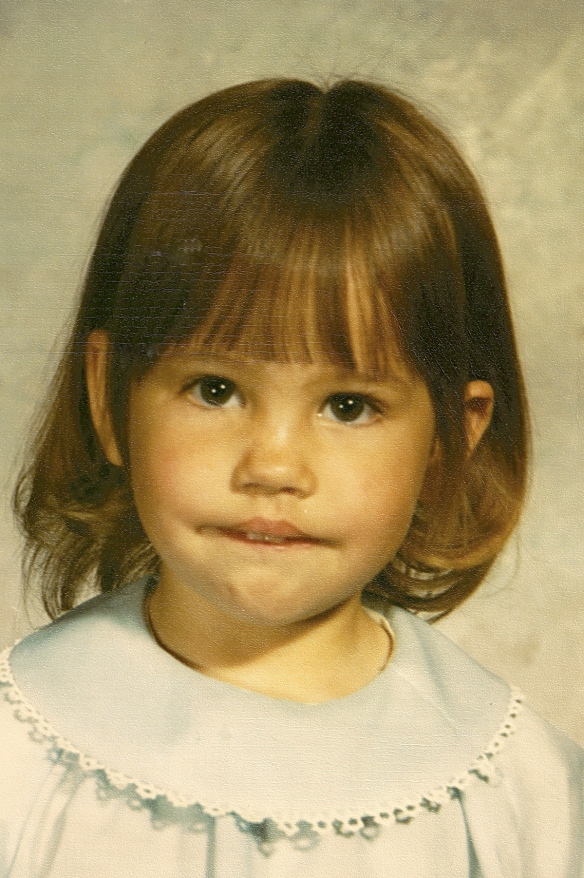 I am the second of four children.  Rumor has it that Dad lost a sum of money betting that child one would be a boy.  Four years later, Dad lost a smaller sum of money on birth of child two.  Child three was thought to be an ulcer for several months and received no bets (that I am aware of…) and child four was such a shock that we all stumbled about in a haze for quite some time.  I say all this to preface the following: children 1-3 are of the female variety and child 4 is male.  My parents were god-awfully young when they had child one, less young when they had me, average for  my generation’s standards with child three and freaking ancient when they had child four.

So what does all this mean?  Not a hill of beans and yet everything.

I, by nature, am a “fixer.”  I abhor conflict, loud noises, angry conversations, guilt, and confrontation.  There was lots of that when I was a kid.  My parents weren’t bad parents, they just didn’t come to the playing field with a very full bag of parenting tricks.  Some of this is due to the time period – the US had just survived the Dr. Spock techniques and it was the 60s and 70s.  I also, really, really, really wanted my dad to appreciate me for me, even tho’ I couldn’t manage that “peeing standing up” technique.  He may not have minded me being a girl, but I never got the impression that he was thrilled to have a second daughter.  (Kids read into the unsaid just as much as the said and all that.)

Now, I have no way of knowing whether or not if I had been switched at birth I would still be like this but I have a hunch that yes, I would still not be so good with conflict, loud noises, et cetera.  I’m pretty sure that’s how I was hard-wired.  Same goes with how I’m a really crappy painter but in my head the pretty pictures are really, really lovely.

Hard-wiring of a person is pretty amazing, if you think about it.  There are four kids in my family and we are all story tellers.  Each and every one of us is a bit of a performer and each and every one chooses to perform in select ways.  I am the only one to be so freakish as to take the stage as a comic, but we all have the same rapier-wits and viper tongues.  We come by it naturally (our mom can be amazingly witty).

I look at my own kiddos and see so much of myself in my oldest son – he’s already the class clown, the witty sarcastic voice from the corner, the “twist the knife just a bit more” kind of kid.  His brother appears to be following his footsteps.  (Example:  the youngest commented the other day, “Mom,  your butt looks like a big, huge apple.”  Oldest son, with perfect timing, shrugs and drolly comments, “At least he didn’t say watermelon.”)

Did I somehow do this by making wise cracks their whole lives?  Does sarcasm cross the placenta barrier faster than fire-water?  Or is this propensity to use words in such ways a hereditary trait just as dominant as brown eyes?

I’m not sure.  But I do know all three of my kids are crack-ups, although my boys more obviously so than my daughter.  She is the ninja of the three.  Which means you never see it coming. She’s dangerous, that one.

Speaking of gender differences, remember all those wacked studies of calling children “Baby X” and seeing what would happen?  Nature versus Nurture and all that?  Well, here’s my 2 cents.  I am a pacifist.  (Remember my long list of personal aversions?) I married a Conscientious Objector.  And yet, both my boys run about the house in wild-Jedi abandonment,  slicing the heads off bad guys with no compunction.  The youngest just begged me to upload an app on my iPhone that would allow him to shoot stick figures.  (The things a person will do to get some uninterrupted writing time, I tell you.)  The youngest begs his sister to play with him, trading allowed weaponry in “house” games until they can agree on what goes well with babies and Littlest Pet Shop critters.  For him, no game is complete without at least a light-saber and for her, something to cuddle is the requirement to take fun and games to the higher plain.

So, why am I this way?  A convoluted mass of misdirection and goofiness?  Was it that undeserved spanking I got for leaving the barn door unlatched (turned out the MILK COW had learned how to open the door, no joke)?  Was it the tongue-lashing my mom gave me when I did the typical mouthy middle schooler thing?  Was it leaving home as a college student only to find that home is always in my heart?  Was it finding a life-partner who finds my eccentric ways more charming than irritating?  Was it falling in love with three people more than I ever thought a mother could love a child?  Or was it all of the above?

I am not sure.  But I am sure that as uniquely me as I am, I am also just like you.  We all are hard-wired with certain traits and affected by the people we love.  We are this way because we are.  And how splendid that is.